The Indie Advisor is a podcast about financial advisors’ entrepreneurial drive for independence and freedom. In each episode, we unpack the most important lessons and strategies for building highly efficient and successful firms. From big picture vision to practical tools and processes, The Indie Advisor will help you skip the status-quo, and forge your own path to success. See how independence can revolutionize your life. Brought to you by Tru Independence.

Developing the Next Generation of Business Leaders with Laurie Nichols

As the next generation of leaders takes the reins of businesses and organizations, they have to be prepared for the challenges ahead. Though they tend to have different values and priorities than their predecessors, what can…

Today's rapidly changing business landscape necessitates speed and agility — a lone wolf can no longer survive. The most successful businesses are the ones that have the right team in place. Of course, not every business has…

Creating an independent advisory business can be a great way to break into the industry and provide clients with personalized services. It is, however, a complex process that requires a number of legal decisions, especially …

Financial advisors have a fiduciary responsibility to their clients to manage their money in the best way possible. This means looking into all aspects of wealth management, from choosing the right investment vehicles to ass…

Public relations professionals have long understood the importance of building relationships with key members of the media. But in the social media age, where news breaks online and stakeholders can communicate directly with…

The Roadmap to Compliance with Stacy Sizemore

Compliance is more than just following rules; it's about managing risks. Compliance protects businesses and customers alike. The ability to adhere to regulations can mean the difference between staying in business and going … 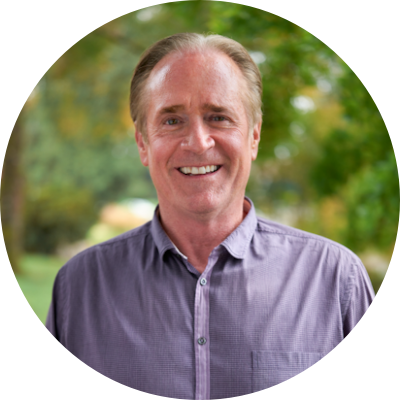 Craig is a passionate entrepreneur who has been actively involved in the investment industry since 1980. In addition to founding tru Independence, Craig played a major role in developing, building and growing two small investment businesses into multi-billion dollar enterprises.

Prior to creating tru Independence, Craig spent 14 years at Common Sense Investment Management. During his tenure at CSIM, he served as President & COO and was responsible for setting the vision, overseeing the management team, and conducting research due diligence. Craig worked with the firm’s largest institutional clients and consultants, leading the business development team in growing the business from $200 million to a peak of $4.5 billion. Craig enjoyed a 16-year career at the Crabbe Huson Group where he helped build the firm from $30 million to a $5 billion enterprise that included a robust, separately managed accounts business, a family of mutual funds, and a well-managed trust company. While at CHG, Craig was a member of a five-person management team that ran the underlying businesses. He served as President of the CHG’s family of mutual funds, Executive Vice President of CHG, and a board member of both entities. Over his years at CHG, his responsibilities included oversight of marketing/business development, client services, and business planning. He served as an investment liaison with the firm’s largest institutional clients and consultants.

Craig holds a Bachelor of Science degree from the University of Oregon. He held past securities licenses as a general securities representative (7) and a uniform investment advisor (63 & 65).

Craig loves to explore the outdoors through cycling, skiing, hiking, fishing, and golfing. He is an avid sports fan and enjoys spending time and making memories with his large family.